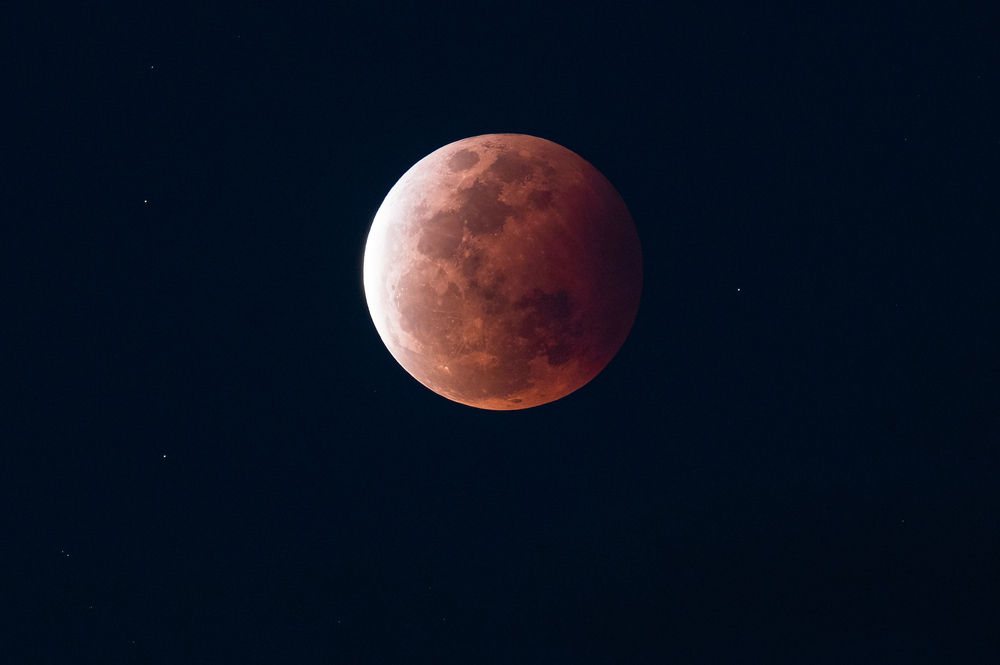 If you're like us, you love a good full moon. Well, November's "Beaver Moon" is especially fun, because there will also be a lunar eclipse--or "blood moon"-- and if THAT's not enough, it will be an especially long-lasting eclipse, clocking in at 3 hours, 28 minutes.

In the wee hours of Friday, November 19, the full moon will pass through the Earth's shadow, making the moon appear red-- hence the "blood moon" moniker. It's not going to be a total lunar eclipse, but it will come pretty close, with 97% of the moon falling into the Earth's shadow.

Why will the eclipse last so long? Because the Beaver Moon will be the smallest full moon of the year... in other words, the moon is about as far away from us as it gets right now. The moon's orbit around the earth is eliptical, so each month it reaches a closer point (perigee) and a far point (apogee) in relation to the earth. This month, the full moon happens to be the farthest apogee moon (a full moon in perigee is more familiarly called a "supermoon"). Because it's so far away, the Earth's shadow on it will be larger, so it will take the moon longer to travel through it. In fact, this will be the longest lunar eclipse this century!

If you want to see it you'll need to set your alarm... it will begin at 2:18 a.m., and reach maximum eclipse at 4:02 a.m. Plug in your zip code here to see exactly when and where to look in your specific location.