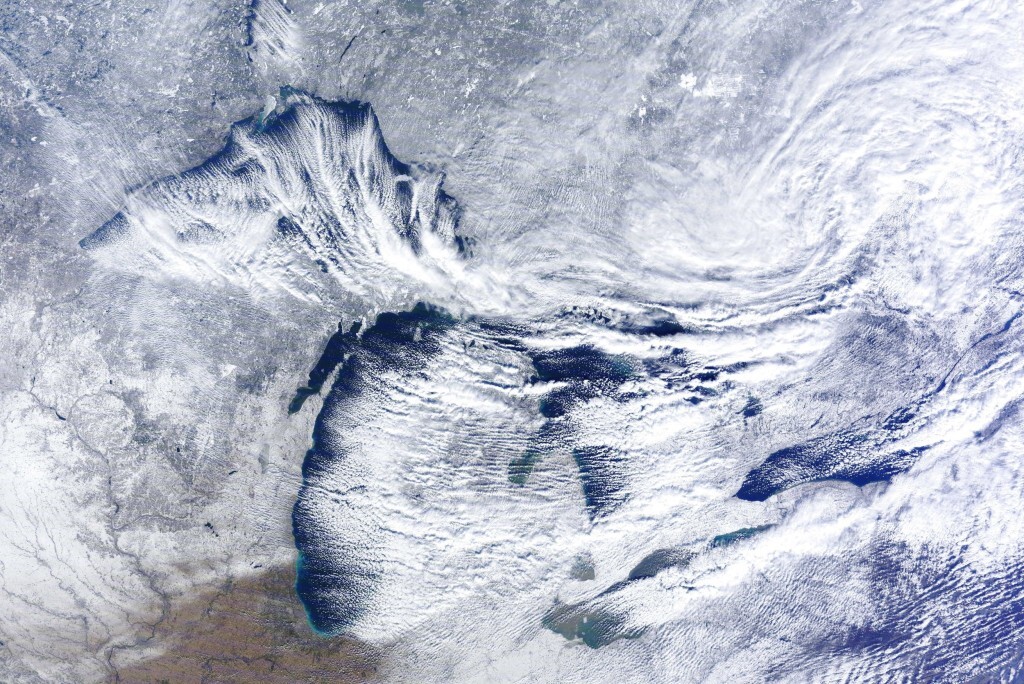 In general, we tend to take long term predictions of what the winter will be like with a grain of salt. Will it be a mild winter, cold winter, snowy winter, dry winter, long winter, short winter? It just seems like those long-term forecasts are too difficult to predict... often considerably off-target, sometimes contradicting each other. But sometimes the science can tell us when we are optimally set up for a specific kind of weather, and our favorite MLive meteorologist, Mark Torregrossa, lays out a pretty good case that conditions are ripe for a good old-fashioned lake effect snow dump or two in western Michigan early this winter.

To get that lake effect snow, we need two conditions: really cold air at 5,000-10,000 feet up in the atmosphere blowing over warmer Lake Michigan water on the surface. When the temperature difference between the surface and the air is 36 degrees F or more, we get that lake effect stuff. There are other, more complicated factors at play too, which Torregrossa outlines here, if you want to learn more about it. But this temperature differential is essential.

So, what's going on now that makes him think we're in for late November/early December lake effect snow? Well for one thing,  Lake Michigan has record warm water temperatures right now... in the mid 50s earlier this week. At those water temps, the air temperature at 5,000 feet doesn't have to drop too much to get to that 36 degree difference. Now, if you've been outside lately (well, except for Wednesday), you know it's already getting chilly. And there's a large area of cold air sitting over most of Canada, that's predicted to dip down into the upper Midwest. In fact, the forecast for Monday shows air temp at 5,000 feet here in Southwest Michigan to be about 4 degrees F. Torregrossa makes an assumption that with the colder weather, lake temps at the surface might be more like 48 degrees by Monday. So. if you do that math, you get a temperature difference of 44 degrees F-- more than enough to set us up for early snow!