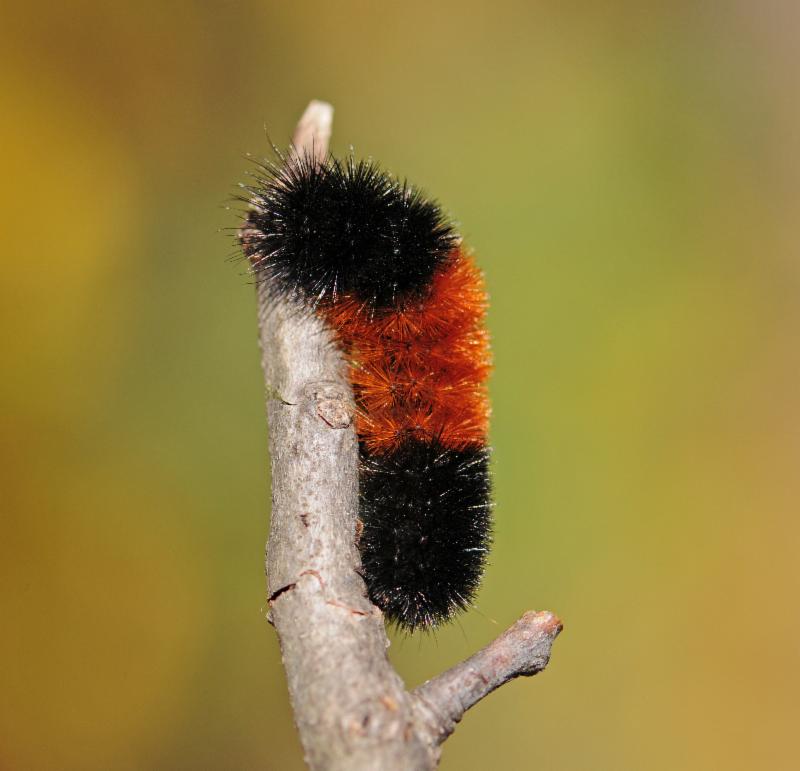 You've probably seen some of these fuzzy little orange and black guys crawling around lately. The Banded Woolly Bear caterpillar typically emerges from its egg in the fall, and spends the winter in its caterpillar form. Its body produces a natural "antifreeze," which protects its tissues from freezing during the cold months. You can see so many of them now because they are on the move, looking for a sheltered spot in dead plant debris, a hollow log, or a wood pile to spend the winter. In the spring the caterpillar thaws out and pupates, emerging from the pupa as an Isabella Tiger Moth.

The Woolly Bear is probably best known for popular folklore holding that thicker black bands on its front and back ends is predictive of a severe winter. However, science has more or less debunked this notion, showing that the variation in the amount of black on the Woolly Bear caterpillar has instead to do with its age and moisture levels in the area it was hatched... so in the realm of winter weather prediction, it appears the groundhog still reigns supreme!