Robinson Woods Preserve is an 80-acre forested nature preserve on East Road in Chikaming Township. The preserve consists of mature forest dominated by beech, maple, tulip poplar, and oak. Seasonal streams and a county drain transit the property, eventually draining into bubbling Cherry Creek whose steep and scenic ravine sits at the northern edge of the property. The Preserve contains numerous wetland areas that support a rich array of plants and wildlife. Due to its diverse habitat, several rare plant and animal species thrive here. Together with the neighboring Flynn Woods Preserve, there is 115 acres of protected land.

Prior to World War I, much of the property was used for agriculture, primarily as orchards (apples and peaches) and row crops (corn and navy beans). It is thought that the farm was abandoned after the war, and since that time the forest has had nearly a century to regrow. This process of reforestation has been periodically monitored in graduate research projects and a natural features inventory. Presently, the Preserve has four different forest types that have largely situated themselves based on soil type and soil moisture: a floodplain forest, southern hardwood swamp, mesic southern forest, and dry mesic southern forest.

William and Jean Robinson bought the land in the 1960's for recreational use and to preserve the natural areas. In 1968, the Robinsons donated the southern 65 acres to The Nature Conservancy. Later, in 1973, they donated the remaining northern 15 acres. In 2009, The Nature Conservancy transferred the property to Chikaming Open Lands. Improvements for public access, including a parking lot, were completed in 2013, with grant funding from the Laura Jane Musser Fund.

Robinson Woods Preserve is located on the north side of East Road between Brown Road and I-94. The Preserve features an extensive trail system throughout the woodland, appropriate for hikers of all fitness levels. There is a parking lot at the entrance to the preserve. No bicycles or motorized vehicles. No hunting. Leashed dogs are welcome. Please stay on marked trails.

AS OF 6/7/2022, THE BACK LOOP PORTION OF THE TRAIL IS TEMPORARILY CLOSED DUE TO INCREASED COYOTE ACTIVITY. PLEASE FOLLOW SIGNAGE ALONG THE TRAIL. 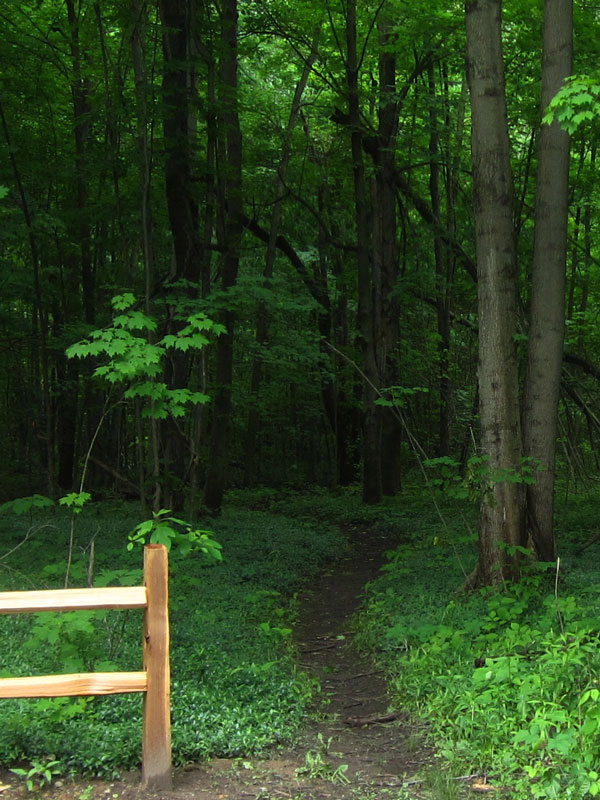 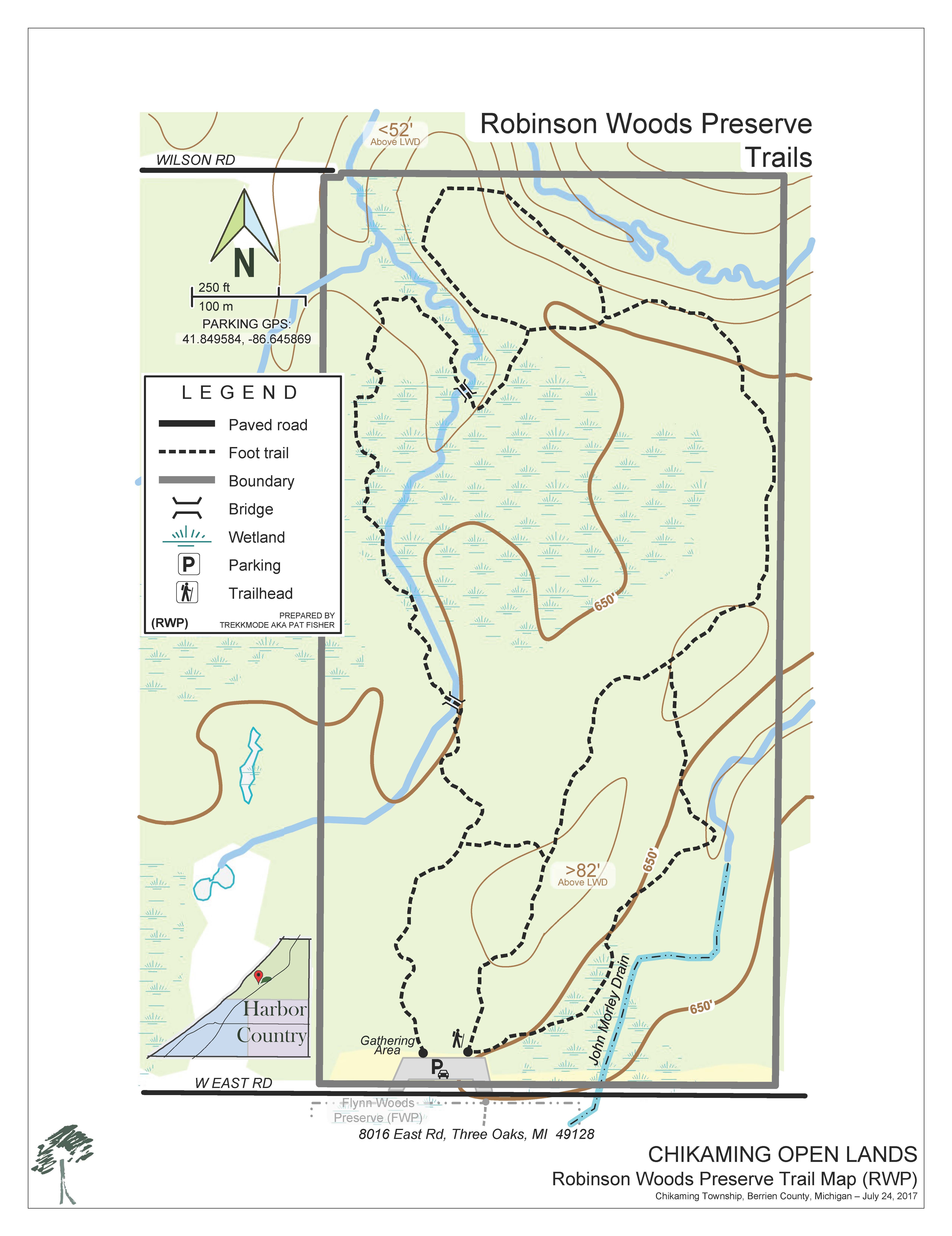