Home About Board of Directors 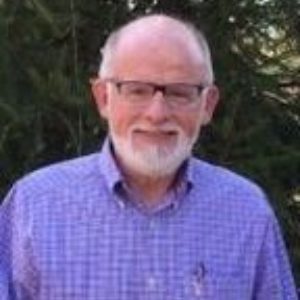 David was introduced to Southwest Michigan in 1971 when he married into a family that had been coming to Lakeside since the 1920s. A summer home and the diverse natural habitat of the area still make it a major draw for his family. David was a secondary school teacher and administrator for 37 years in Chicago’s western suburbs, culminating with 17 years as Superintendent of the Downers Grove High School District. He holds a BA in American Studies from Williams College and a PhD in Educational Administration from The University of Chicago. In retirement David enjoys bicycling, gardening, traveling, grandfathering, and volunteering with COL. 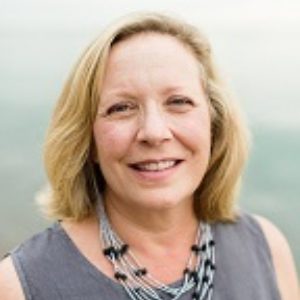 An Atlanta native, Ellen came to the Midwest to attend Northwestern University.  After earning a Masters degree in Librarianship from Emory University, she returned to the Midwest where she and her late husband Larry settled in New Buffalo full time in 1982. She was active in her two daughters’ schools, serving on the Board of the Montessori School of Michigan City, and volunteering in various capacities until they graduated from La Lumiere School. Ellen has served on the Board of Sinai Temple of Michigan City, and on the Board of Sinai Temple Sisterhood. Currently, she is managing partner for Grand Beach Land Development, Inc. and Grand Beach Investments, LLC. Ellen enjoys searching for beach glass on the shoreline, travelling, and hiking -- and now working to protect and preserve our special corner of Michigan for the generations to come.

Having grown up in the Chicago suburbs, Donna was introduced to Southwest Michigan when one of her law colleagues invited her and her husband to a house party in Lakeside in the late ‘70s. She and her husband were smitten and rented each summer for the next thirteen years from Eleanor Wilson (for whom Wilson Woods, COL’s first nature preserve, is named), before buying a house in Harbert in 1992. Donna was one of the first women to graduate from Yale in 1972, and received her law degree from Harvard Law school in 1975. She spent 26 years at the law firm of Gardner Carton and Douglas (now Drinker Biddle) before becoming the first General Counsel of Children’s Memorial Hospital (now Lurie Children’s) in 2002. She retired in 2015 and now is happy to spend more time in Michigan. Donna served on the Board of the Acorn Center for the Performing Arts in Three Oaks from 2016-2018. 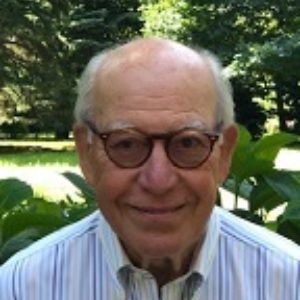 A native of Indiana, Allan earned his BA in Mathematics from DePauw University (Greencastle) and an MBA from Indiana University. He began his 40+ career in finance with The Chase Manhattan Bank in New York as a commercial banker and then for the last 25 years, as a principal and investment manager for the Midwest Mezzanine Funds in Chicago. He and his wife purchased a second home in Lakeside, MI in 2005 and enjoyed Southwest Michigan so much that they relocated permanently to Chikaming Township in 2016. Allan currently serves on the boards of Meals on Wheels of Southwest Michigan and the Acorn Theater for the Performing Arts, and is the Treasurer of The Lakeside Association and the Secretary of the Rotary Club of Harbor Country. As a hiker and admirer of the natural beauty of southwest Michigan, he is committed to the conservation and educational activities of Chikaming Open Lands.

Alan Berkshire, Board of Directors

A graduate of The University of Michigan and Columbia University School of Law, Alan’s professional career has included private law practice and senior executive roles in three asset management firms.  He has been familiar with the beautiful natural landscape of Berrien County his entire life, having grown up nearby in Northwest Indiana and as a homeowner in Chikaming Township since 1993.  Alan is committed to the mission of Chikaming Open Lands and to his garden, where he likes to spend his free time working and planning changes.

Emily Coolidge, Board of Directors

Emily has spent her summers in Lakeside since 1971. Growing up her family moved quite often, and Lakeside was a consistent place in her life and a place where she feels deeply connected. Emily graduated from DePauw University and worked in fundraising and development for Ravinia and The Three Arts Club of Chicago. Emily, her husband, and her four daughters have continued the tradition of moving around; in 2012, compelled to lay down roots for her own family, they purchased a home in Buchanan, Michigan. Emily is a 200-hour Certified Yoga Teacher and has been teaching yoga and meditation since 2014. With her deep connection to Southwest Michigan, Emily is committed to COL’s mission of preserving and protecting the natural beauty of the area. 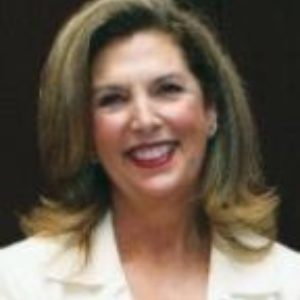 Victoria J. Herget, Board of Directors

Victoria J. Herget has been an Independent Director of the First Oppenheimer Funds since 2011 and a Director of United Educators since 2004. She has served as Board Chair of United Educators since 2008. Until her retirement in 2001, Vicki was a managing director of Zurich Scudder Investments, an investment management firm. She joined the organization upon graduating from Wellesley College in 1973 with a BA in Economics. She was a principal of the firm from 1985 until she became a managing director in 1993. Vicki also earned an M.B.A. from the University of Chicago in finance and accounting and is a Chartered Financial Analyst, and a Chartered Investment Counselor. Vicki serves as chair of the Newberry Library Board of Trustees, and as a trustee of Mather LifeWays. In her leisure time, she enjoys gardening, hiking, traveling and watching sports. 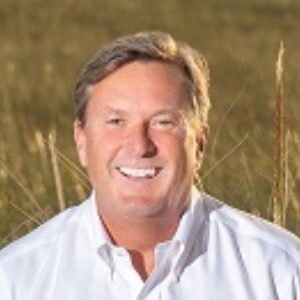 Chris Pfauser, Board of Directors

Chris and his husband, Rob Gow, had been visiting New Buffalo for more than five years before they found just the right  second  home on the Galien River Marsh back in 2002. After living in Chicago and Evanston, IL for over 20 years, in 2008 they made New Buffalo their full-time home to enjoy the wildlife and the local communities of SW Michigan. Chris grew up in Wisconsin where he graduated from the University of Wisconsin with a BA in Communications. He has been working in information technology and management consulting for more than 30 years with ISG, AT Kearney, EDS and Deloitte, while also working with Rob, who runs their real estate business affiliated with Berkshire Hathaway HomeServices Chicago. He has been a member of other boards including University of Wisconsin Alumni Club of Chicago, Vital Bridges, and the Victory Fund Campaign Board. Chris  enjoys walking the beach with their two Labrador  Retrievers, kayaking, hiking, boating and  travelling the world. 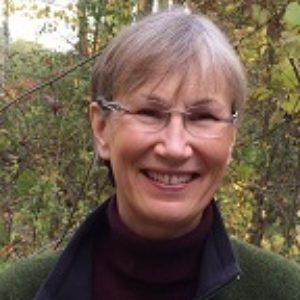 Linda Puvogel, Board of Directors

Born in Grand Rapids, Michigan, Linda earned her bachelor's degree from the University of Michigan and her law degree from Loyola University, Chicago. She practiced law for twenty years in the Chicago area before joining the staff of Dominican University in River Forest, Illinois. In 2012, Linda retired from her position as assistant dean of Dominican's Brennan School of Business, and she and her husband have been full-time residents of Grand Beach, Michigan since then. Linda is happy to have returned to her Michigan roots and is especially pleased to be involved in the preservation and restoration work of Chikaming Open Lands in this beautiful corner of the state.

Bill Racine, Board of Directors

Having lived in Hinsdale, Illinois, Bill and his family began taking summer vacations in Lakeside, Michigan in the 1940's, and he has made Berrien County his home since 1974. Bill and his wife Nancy raised their three boys in Niles, Michigan during which time he was employed at Clark Equipment Company and later owned Ramer Products in Niles. Since his retirement in 2009, Bill and Nancy have become full-time residents of Lakeside. He is a graduate of Northern Illinois University with degree in Finance, and after four years in the Navy as an aviation weather forecaster, he was employed by The Northern Trust Bank in Chicago. Bill enjoys skiing and golf, and has been a licensed pilot for 50 years. He has been a member of various boards, including The United Way, Old Kent Bank, Signal Point Club, Chikaming Country Club, Fernwood Botanical Garden and Nature Preserve and The Hunter Foundation.

Richard Spain, Board of Directors

Born and raised on the North Shore of Chicago, Rick was more familiar with the rural towns and resorts of Wisconsin until friends introduced him to Southwest Michigan in the 1980s. Nearly 40 years later, the decision to buy a small former fruit farm in Harbert has proved to be a perfect choice; a relaxing counterpart to his busy law practice in Chicago. Rick received his undergraduate degree from Lawrence University in Appleton, Wisconsin; he then went on to get his J.D degree from Case Western Reserve University and an LL.M.-Taxation degree from John Marshall Law School in Chicago. He is dedicated to the mission of Chikaming Open Lands, and donated a conservation easement to COL on 14 acres of the Harbert property. Rick has long been involved in various charitable organizations in Chicago, currently serving as Board President of The Old Masters Society at The Art Institute. 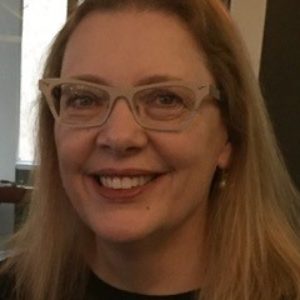 Mary Strahota, Board of Directors

Mary is originally from a rural area in Southwest Wisconsin and has always loved the outdoors. After graduating from University of Wisconsin with a BA in Psychology, Mary moved to Chicago where she spent 35 years in sales and sales management for large insurance companies. In 1980, she came with her bicycle to ride in the Apple Cider Century, and has now participated in 37 ACC rides. The beauty of the area was so appealing that Mary bought a weekend home in Sawyer in 2001, and has made it her permanent residence since retiring in 2016. She would love to see the beauty and natural habitats in our area preserved for future generations to enjoy. Mary is still an avid cyclist along with enjoying her garden, hiking, cross-country skiing, traveling, and studying literature. 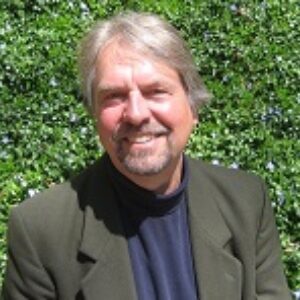 Robert Wagner, Board of Directors

Robert was raised in Delaware, Ohio, and came to Michigan when pursuing his postgraduate degree in counseling after a two-year stint of teaching in Saudi Arabia. As a Licensed Professional Counselor, Robert has over 35 years of experience working with children, adults and families in both a school setting and private practice. He received his degrees from Earlham College, Ohio Wesleyan University and Central Michigan University, and trained at the Milton H. Erickson Foundation, the C. G. Jung Center, and with Dr. C. Michael Smith on traditional methods of spiritual and emotional healing. He is certified in Experiential Education, as a consultant with The National Institute for Trauma and Loss in Children, and a member of the American Counseling Association. An enthusiastic outdoorsman, Robert has hiked and backpacked in dozens of countries, yet finds Harbor Country a great home base. He is excited to work with COL as an organization, leading SW Berrien County into a dynamic relationship with the diverse life around us.