Ryan Postema is a Michigan native, born and raised in the Grand Rapids area. He attended Michigan State University and graduated in 2001 with a B.S. in Fisheries and Wildlife. He has nearly twenty years of experience in land conservation and natural resources management. Ryan began at Chikaming Open Lands in 2013 as a Land Protection Specialist, and was named Executive Director of the organization in 2016. As such, he oversees the operations of the entire nonprofit organization. Prior to joining COL, he spent eight years with Cardno (formerly JFNew), an international engineering and environmental consulting firm, implementing and managing ecosystem restoration and natural resources management projects.

A resident of Weesaw Township, in his free time he enjoys birding, gardening, and managing his 15 acre property which includes farmland, forest, and wetlands. 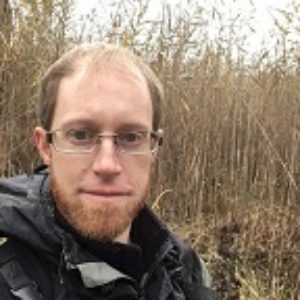 Dan hails from Grand Ledge, Michigan. He began visiting southwest Michigan over a decade ago, and recently moved to Sawyer to raise his daughter near family. His passion for the outdoors began early while he waded in the local creek and chased deer in the neighborhood woods. He nurtured this passion by studying biology at Calvin College and earning a master’s in conservation ecology at the University of Michigan. Dan’s work experience has varied from a conservation crew with the City of Ann Arbor to a wetland research team with the US Geological Survey, from teaching high school math and science in Honduras to teacher aiding at a K-12 school in Milwaukee. Through all these adventures, his mission has remained the same: to use sound science to protect natural areas for the benefit of people and wildlife, and to pass on that ethic to others.

In his free time, Dan enjoys hunting, hiking, bird watching, kayaking, running, and playing soccer. Even better is sharing these experiences with his family!

Casey was born and raised in Iowa but transplanted to Chicago, where she worked for Park Ridge, Evanston Park Districts, and volunteered at Lincoln Park Zoo leading and writing various environmental education programs. She received her B.S. in Environmental Science at Simpson College in 2012 and has traveled around the country doing various conservation and restoration work. From grassland restoration work in the plains of northern Minnesota to trapping and researching coyotes in central Nevada, Casey has found her calling in land conservation and environmental education.

Outside of work she enjoys traveling, camping, hiking, gardening, and her new adventures of worm composting. After visiting this southwestern corner of Michigan for the first time in 2016, she knew that Chikaming Open Lands was the perfect organization for her. 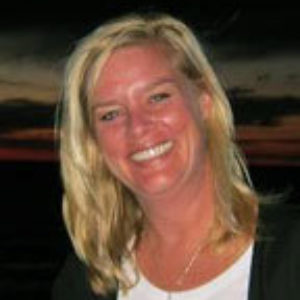 She discovered this corner of Michigan in the summer of 2011, when she rented a cottage in Union Pier on the weekends. Jen bought a home in the area in the summer of 2012, and hasn't looked back since. She has served on the Board of Directors of the Harbor Country Chamber of Commerce since 2017, and was elected President of the Board in October of 2019. Jen enjoys cooking, travel, reading, running barrels on her horse Beau, and trekking the beautiful beaches, dunes and preserves in the area with her dog Scout.