The Preserves are situated adjacent to the Chikaming Township Park and Preserve and in close proximity to several other natural areas including the Edward and Elizabeth Leonard Wildlife Preserve,the Chris Thompson Memorial Preserve, and Warren Woods State Park. Together with private properties, these undeveloped natural areas create critical continuous habitat that ecologists call corridors. Wildlife are mobile: deer, songbirds, butterflies, and even turtles have to move around to acquire resources for survival. Protecting corridors, such as this forested area along a Galien River tributary, is important for sustaining healthy wildlife populations.

The Merritt Family Preserve was donated in 2017 by Meryle Merritt and family and dedicated in memory of Lawrence H. Merritt. The Younger Family Preserve was acquired in 2019 in a bargain sale from the former owner, Joan Younger Stevian. The Preserve is named in honor of the family and dedicated in memory of Joan’s late husband, Karl L. Younger, and his late father, Edward W. Younger, Sr. The Younger property was acquired with donations from several individuals and grant funding from The Pokagon Fund.

The Merritt Family and Younger Family Preserves are located between Mydra Road and Lakeside Road on the south side of I-94. Future plans for the properties include developing a trail system that connects to the adjacent Township property. Stay tuned! No hunting. No bicycles or motorized vehicles.

The Younger Family Preserve was acquired in part with funding from The Pokagon Fund. 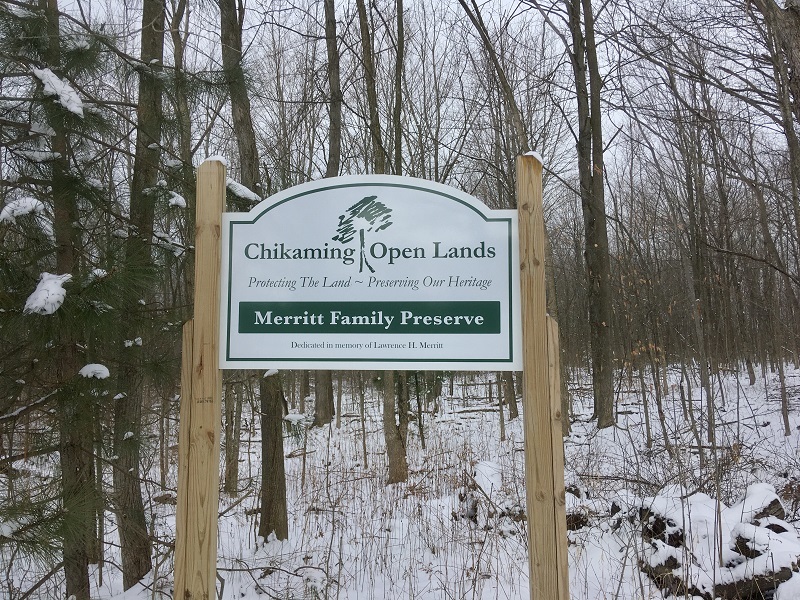