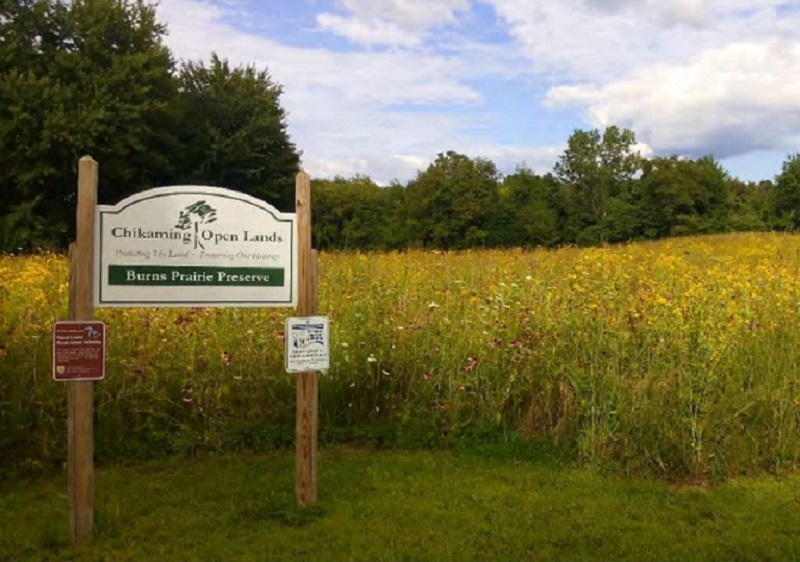 Leonard Wildlife Preserve is a special 108-acre preserve with abundant wildflowers, towering oaks, and an active agricultural field. Recently acquired, we have big plans for this property! Recreational improvements will include developing an extensive trail system that navigates through the mature forest to the north, cuts through the young forest and ravines to the west, and then circles the field to the southeast. A parking lot will be installed along Lakeside Road. Habitat restoration will focus on a portion of the field that has been taken out of crop rotation and will be seeded with a prairie mix. Additionally, we will be maintaining the mature forest to the north and allowing the young, successional forest to the west to continue reforesting.

Image: A ravine and creek at Leonard Wildlife Preserve. 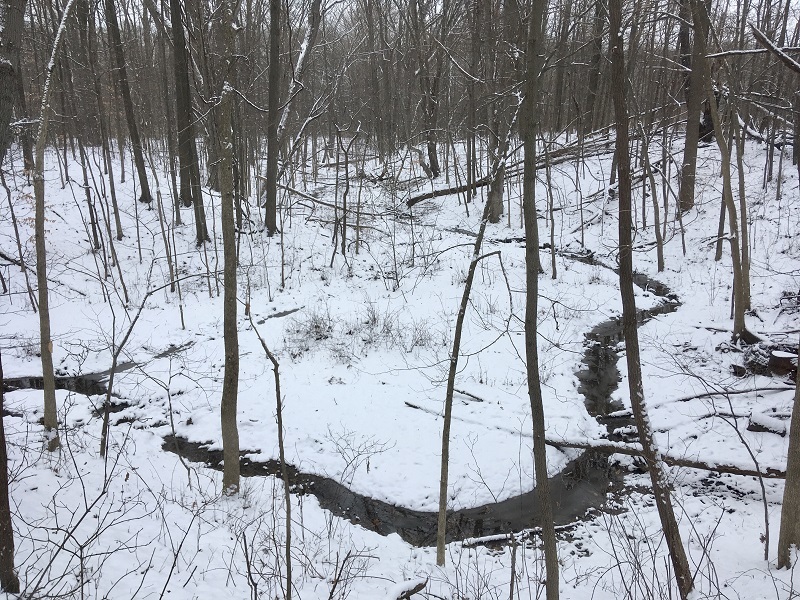 Dayton Wet Prairie is 40 acres of rare wet prairie and prairie fen ecosystems that are threatened by invasive species, particularly woody shrubs and a perennial grass called Phragmites. Previous habitat restoration activities include regular prescribed fires, invasive species removal, and correcting the water levels which had been drained for agriculture. Upcoming habitat restoration will involve more extensive woody shrub removal, focusing on large patches of buckthorn. Controlling these invasive shrubs will open up the canopy for plants and animals that need greater exposure to the sun.