The Louis J. Sima Great Lakes Marsh Preserve is part of the larger Galien River Marsh, a Lake Michigan Coastal Marsh. As a coastal marsh, the hydrology of the marsh is directly connected to and influenced by water levels in Lake Michigan. These coastal marshes are highly regarded for their habitats, diversity and ecological value, but are threatened by the invasion of non-native invasive species, habitat loss from development, and water quality issues.

In 2004-2005 Chikaming Open Lands partnered with Berrien County Parks, Riviera Homeowners Association and the Preserve Homeowners Association (all landowners in the Galien River Marsh) to initiate restoration and management of the Marsh. Initial surveys and plans were completed and in 2008, Chikaming Open Lands and its partners received a five year grant from the Pokagon Fund to begin restoration.

Cardno JFNew, an ecological consulting firm, was retained to help create a restoration and management plan. Goals for management of the Marsh are to increase biodiversity and populations of native species; reduce invasive species; improve habitat for threatened or endangered species; educate the community about invasive and native plants; and enhance the ecological function of the marsh in order to improve water quality.

The primary focus of the restoration has been controlling the invasive plant species found in the marsh, which include purple loosestrife, common reed, reed canary grass and Canada thistle. Control and reduction of the various invasive species is a multi-year process and management is on-going.

Actions taken to control common reed have been especially successful with an increase in the diversity and abundance of the native plant community in the control zones.In an effort to reduce the abundance of purple loosestrife, Chikaming Open Lands and its partners released Galerucella beetles in 2008 and 2014. These beetles are native to Eurasia, as is purple loosestrife, and feed almost exclusively on the plant. The beetles are used for biological control of the loosestrife as an alternative to chemical control using herbicides. Over time, it is expected that the beetles will reduce the prevalence and spread of the loosestrife. 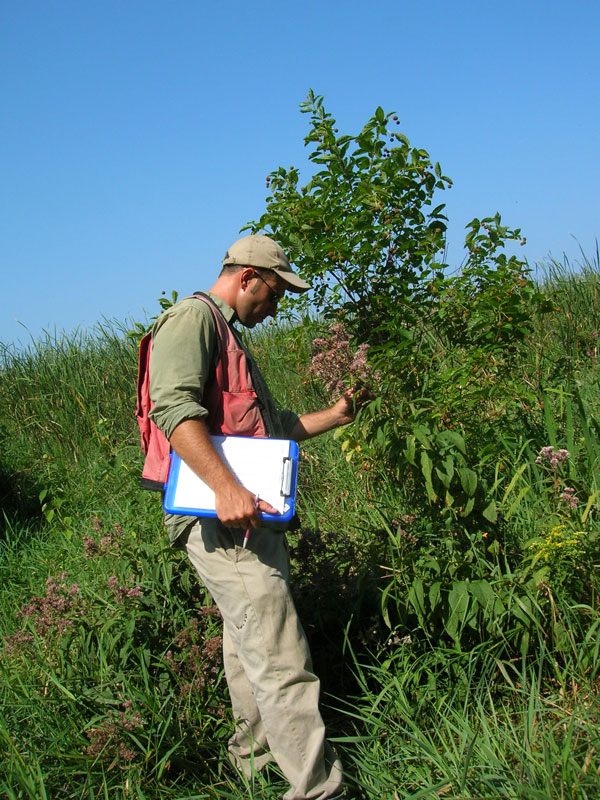